Show me an example 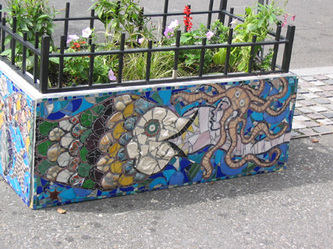 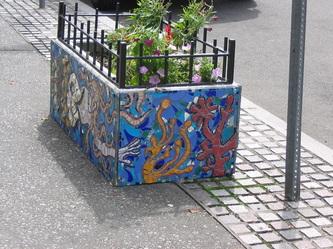 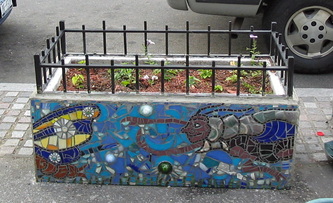 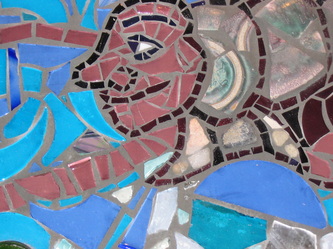 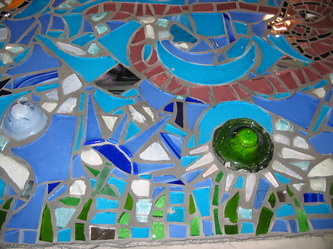 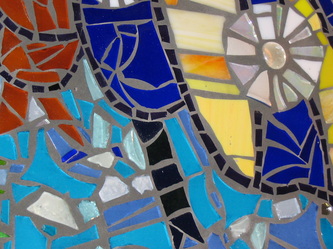 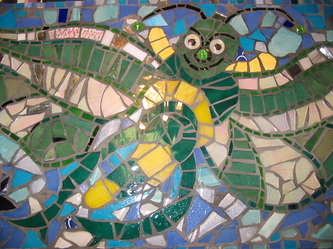 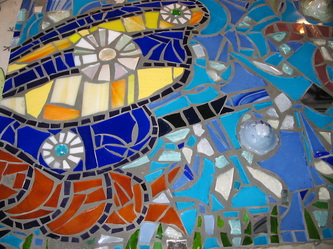 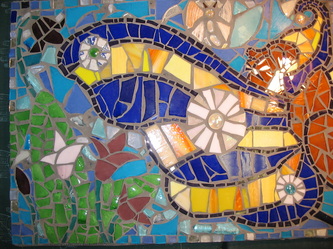 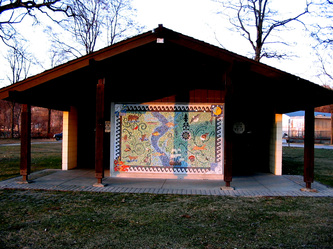 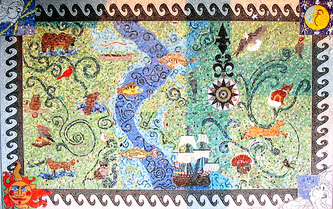 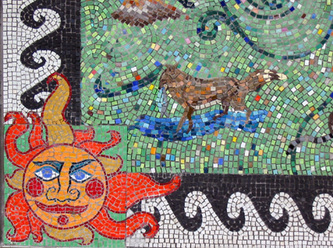 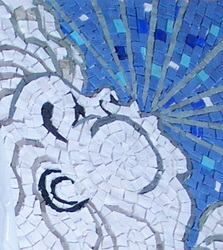 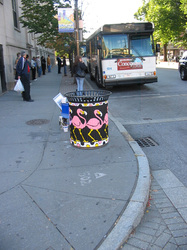 "From the Orchard" (below) a mosaic mural constructed at Walter Panas High School with the art students and their art teacher, Heidi Gannon.  Original design by Brook R. Maher

This mural involved student participation from start to finish. Walter Panas High School was built on the site of a former orchard in Cortlandt Manor, NY. Students, art teachers and even the principal each made individual tiles representing the fruit of the orchard. Suggested was the metaphor of the fruits born and ripened during the students' years at Walter Panas High School, though subjects ranged widely, including nicknames, favorite cars, popular cartoon characters, song lyrics, a national flag (from an exchange student), sports ,  romantic and other social affiliations.  Students transferred the enlarged design, cut mirror, smashed tiles, placed and affixed mirror and tiles, mixed and applied grout and cleaned and polished the panels along with art teacher, Heidi Gannon.  I instructed, supervised and worked alongside them.  The finished mural is a lasting testament to the hard work and cooperation of all who were involved. Names of participants and supporters are listed on the border to the mural, which was installed with the assistance of Walter Panas' custodial staff.